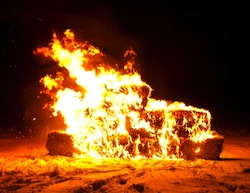 Well, ‘saga’ may be over stating it a bit, but it was a day of frustration, which began with me just tweaking a few settings and installing some upgrades.  For the record, I’m running OS X 10.8.5.  The next day, after being online for perhaps an hour, I suddenly had no network connection.  After verifying that our connection was still live, a quick check of my network settings revealed an IP address that started with 169.  Okay, that’s simply wrong as our home network is 198. END_OF_DOCUMENT_TOKEN_TO_BE_REPLACED

I’ve noticed an odd Firefox behavior on my Macbook Pro developing for 6 months or so.  Some links to certain web sites would not work any longer.  It started with anything yahoo.  No matter what I tried I just couldn’t view the site.  Then I started to notice sometimes links pointing to Facebook wouldn’t load right.  I had no trouble going to these sites directly, it was only when linked from another site.  Even when it was a result in a Google search. END_OF_DOCUMENT_TOKEN_TO_BE_REPLACED

I’ve been a very long time Mozilla/Firefox devotee, but that may be changing.
END_OF_DOCUMENT_TOKEN_TO_BE_REPLACED

Ehhh, no big deal, it’s only email.  Right?  Not so fast.  On one hand it’s true that email is not quite rocket science and is a well established internet technology. Yet not all platforms handle, or save it, the same.  Fortunately in my case I was using Eudora on my PCs which stored email in a much more friendly ascii text type of file rather than a .dat file or some other proprietary format.
END_OF_DOCUMENT_TOKEN_TO_BE_REPLACED

Having been a PC/Windows user since the early days of Windows 3.1, I had built a substantial investment not only in dollars but in time spent learning my way around the enormous collection of software I had.  I did everything from email to word processing to web development (including graphics) to personal and business finances.  I pondered switching to Mac for a very long time before finally taking the plunge. END_OF_DOCUMENT_TOKEN_TO_BE_REPLACED

I know, I know.  What’s the point right?  If I’m not going to write why not kill this?  I’d guess anyone that ever did read has long since stopped checking for updates by now.  Well, life, you know, happens.  You get busy.  And in the case of this blog, I couldn’t decide what to do with it.  As much as I love movies, and still watch often, my interest in continuing posting reviews has waned.  After all movie reviews can be had in many places on the net.  Politics, yes I still have strong opinions there, but again there’s no shortage of political rants and opinions online.  I may still post an occasional quick review or political yammering here should something really grab me (which is becoming quite infrequent), but I think I’m going to refocus.

My journey into Mac-dom is nearly 3 years old now.  Along the way I’ve learned a lot and have discovered a lot of really great software.  For the time being I think I’m going to focus on that.  Sort of shift into a Mac tech blog, yet from perhaps more of a user perspective.  We’ll see.  Of course there are sites doing that but not nearly as many.  And some just simply don’t cover things I want to know.  So perhaps there are others out there in this same boat.  I may still also toss in some music related posts here and there.  Write about your passions, right?

After having lived primarily in the world of Windows for over 15 years, you get accustomed (“programmed”?) to the Windows way of doing things.  Of course that is the way with us humans, and we really don’t like to change.  So when you enter the world of Macs you discover instantly that there are other ways of doing things, such as starting your favorite application.