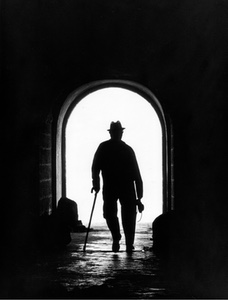 At what point does the autumn of life begin?  Is it possible for someone to tell when they have reached that?  Or rather than being a well defined autumn season, as in there are merely 4 seasons in life, are there potentially an endless number of seasons and then the end?  This is by no means some sort of morbid discussion but rather a desire to understand the ‘now’.

GOD’s timing is not ours.  Anyone who believes in GOD and has a basic understanding of Scripture knows this.  But knowing, somehow, doesn’t seem to comfort the human mind when the timing seems painfully slow.  Or perhaps it’s the transition from one season to another that brings the mental anguish which seems like pain.

I’ve always had an appreciation for Ecclesiastes 3.  Today however the book of Ecclesiastes is ringing more true to me than ever before.  David wrote in chapter 1 verse 2:

And of course he began chapter 3 with:

“To everything there is a season, A time for every purpose under heaven”

The entirety of chapter 3 is quite poignant.  Yet how is it the understanding we gain from Ecclesiastes doesn’t quite soothe the mind during transitions?

This year everything has changed except my address.  Of course beginning with Mom leaving us.  Then tearing tendons in my left wrist which not only leaves me with that way-too-long healing and recovery process, but that single event changed everything else.  It took from me the ability to do my job.  I can no longer play any instrument until my surgeon says I can.  Which left me out of the music ministry at church.  And with a 5 to 15 lb weight lift restriction, left me unable to simply pick up a gallon of water.  Unable to perform even the most mundane tasks at home, such as gardening.  No building a fence or shed this year.  I must sit by and watch everyone do everything for me.  That has been at times unbearable.  But you still have your right hand….?  Ahh, only but for a brief time.  That wrist also ended up in a brace as my right wrist was also affected and has only shown itself as suddenly it had to do everything.  Both wrists in hard braces 24/7 for 3 months has also left me with with no arm and shoulder muscles.  The human body is an amazing thing.  The phrase “use it or lose it” bears more truth than we realize.  Atrophy happens FAST!  Shockingly fast.  Yet physical therapy has begun and is helping and I have regained enough strength that I can now once again knead pizza dough, and open the bottle of mouthwash, neither of which I could do a few weeks ago.

During this time of losing my ability to do everything, more changes have taken place.

Quite out-of-the-blue the chance to open a shop, something my wife and I wanted to do but saw no way of doing it, presented itself in such an outlandish way it HAD to be GOD orchestrating it.  Our start-up costs were not only insignificant, but we have great partners, in a very good location, in a very nice shop that needed virtually NO prep to move in to, and we’ve sold out of about 65-75% of the stock we had to start with in about 8 days.  Whoa!  And it all happened in about a month.  Only GOD does that.

Another thing He has done.  Our pastor at church retired.  In his place has come a very young man of 32 from the Philippines.  He not only comes with a masters in computer and web development, he also plays drums, guitar, keyboards and sings, and has led worship at his previous church.  His first Sunday with us he played drums, keyboards, and sang.  My mother-in-law said “He’s a young Scott!”.  Well, yes, it would seem so.

I have been looking forward to playing again, eventually.  Maybe not in this calendar year, but eventually.  Yet with having been off the worship team now since March, and with Pastor Ken’s arrival, and being able to do about anything on the worship team including leading it, I find myself suddenly no longer needed even after I’m able to play again.

I’ve long felt that there comes a point in time where the old guys need to step aside and let the young guys have their time at doing what needs to be done.  And so the question I’m asking myself today is: am I now the old guy that needs to step down?  Have I reached that time in life where I should no longer pursue the things I’ve always done?  Oh the days of ‘touring’ and playing on the big stage are over, and I’m okay with that, but I still have music in me.  I’m not ready to retire and no longer be needed or useful.  But is it time?  Is that why all of these changes have been happening, to give me something else to do instead?  I never want to be the pathetic Keith Richards.  But is it time, now, at 56?