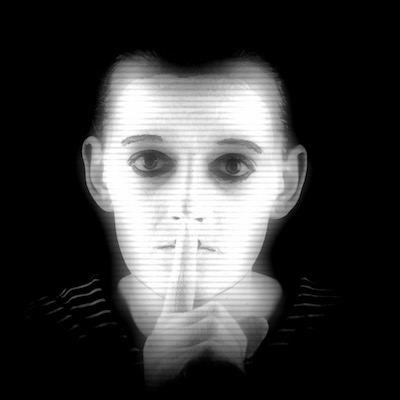 If you’ve randomly checked here over the years you’ve no doubt seen gaps of time where I’ve been silent.  As it turns out those gaps coincide with times I’ve been a bit busier than usual.  Lately it’s been a ‘new’ job, church and the worship team, outdoor projects and my Mom’s health. You know, life and all that comes with it.  So here’s a quick update to say I’m still making a go of things.

We learned this summer during a month plus of tests and numerous appointments, that Mom has an incurable cancer of the bile duct, inside her liver, which has spun several masses the largest of which is around 2 1/2 inch diameter.  Yes, bile duct inside the liver.  That’s one thing we learned during the process of discovery.  The bile duct not only delivers bile from the liver thru the gal bladder, but is actually a network of pathways throughout the liver, almost as the branches of a tree.  She had no symptoms at all except for noticing a rapidly growing lump in her abdomen.  In fact this particular cancer is very aggressive and fast growing, and the oncologist believes the largest tumor probably started around the first of the year.  She’s receiving a light form of chemo now that is designed to slow it down some without producing too many nasty side effects.  It will not cure the cancer, only slow it down a little.  The longer she’s on it the side effects are slowly increasing but don’t seem to be too bad at this point.  Fortunately Mom moved at the end of January to be closer to us, in fact about 2 minutes away now.  So we’ve had a lot of time with her this year.  We managed to take a last trip back to her ‘home’ in Kentucky before the side effects started getting too bad.  She’s now looking forward to going to her condo in the Florida Keys in October with my daughter, my sister, and her daughter.  We’re all hoping the side effects don’t get any worse before then.

Church busy-ness is primarily the worship team.  Most don’t realize the amount of time people invest participating on a worship team.  It’s greatly amplified when you’re responsible for song selection, organizing, searching for new songs, and creating charts.  Perhaps 10 hours a week which can balloon quickly to around 20 hours.  Compounding things has been the slow decline in team members.  At first it was our only keyboard player and main vocalist who has had to take an indefinite leave to attend to family matters.  Then another main vocalist/guitarist who left because, well, let’s just say he’s a very young man who needs to come to grips with his adulthood and the accountability and responsibility that being an adult requires.  Yet another young man who has just left to go back to school.  He plays electric and acoustic guitar pretty well and will be sorely missed.  So we’re down to 2 bass players, 1 drummer, 1 vocalist, and myself as the sole guitar.  Fortunately we’ve had to bring in some new material and arrangements over the past 2 months to compensate for no longer having keys, so we’re at least somewhat positioned to make a go of his.  Many of you know I’ve spent much of my music life playing in bands as the sole guitarist and that experience will be helpful as well now.

We may be totally debt free but are not retired, so there are those monthly bills and food to purchase.  We were fortunate to be hired by a Christian family owned business.  And it’s another, and hopefully my last, career change.  Now I have a job I’ve often thought (over the past decade or so) would be a fun job to have.  I work in production and as a some times tour guide at a craft bourbon distillery.  I am in training to be a distiller and in fact am currently the main mash cooker.  I’ve run the still several times, work in bottling, barreling, and all things in between.  There are only a handful of production tasks I have yet to do.  At first it was difficult to get back in to a manual labor job after sitting at a desk for some 35 years.  I now lift 18 50 lb bags of grain up 4 steps and chest high in to a cooker twice a week.  Besides that are moving several hundred pounds of various things with a manual fork lift, cases of filled bottles, and other tasks.  My arms and shoulders were horribly sore for a while, but is beginning to ease now after a few months.  It’s good work and actually feels good to do manual work again.  Best of all it’s super low stress and doing tours is fun.  It’s mostly part time, with some weeks being closer to full time, but it allows time to get all the other things done not to mention paying the bills.  The video shows the still running.

On top of everything else, this was our first summer at our new home, which means a lot of outdoor projects we’re just getting started on and will probably take a few years to complete.  Among them is hand digging raised garden beds.  I completed 2 that are roughly 4×8 and have one filled with tomatoes that are just now ripening as we didn’t get them in early enough.  The oceans of rain have been a mixed blessing though since they are starting to look a bit drowned right now.  We have some peppers that are finally starting to produce, carrots and parsnips and onions, and radishes are long done.  We have some squash that got out late but are going crazy right now.  I need to get some fall plants started really soon.  I’ve decided the soil is going to need a lot of developing but that’s all a part of getting started.  Normally our container peppers have done great in the past but those in ground are not doing real well this year.  I have a lot to learn after only gardening in containers for years.  I’m hoping to get 2 more raised beds dug before winter sets in so we’ll have 4 next year ready to go when temps start rising.

We still need to get a wood burning stove installed, hopefully before winter.  I won’t have firewood for it but we can buy some this year.  I’ve decided I really need a pickup for hauling all the outdoor project supplies and eventually firewood.  We also need to get a fence installed.  I was hoping to have that this year, as well as a large shed and a riding mower for the slightly less than an acre we have, but since the IRS decided they needed all of our savings more than we did, our plans have had to change.  That and needing a new furnace/AC, which spent our fence money.  Oh well.

I still will work on web sites when someone has a need, and do a little private computer consulting as well.  Before summer hit I was developing some WordPress plugins but have had to press pause on that for now.  I still actively develop my band management software and plan to release it maybe later this year.  Once the warm days are over in a few months I should be at the computer again and will do some more writing then.  I hear we should expect a pretty cold and snowy winter.  Sounds like a good time to stay home and inside!

Please note, if you’d like to comment on anything in this post please do so here rather than on facebook or some other social site.  While nothing here is private, there are matters, such as Mom’s health, that are requested to stay off facebook.  Or you can just send me an email.

So I wrote most of this on the 18th, but couldn’t get the video to post correctly and needed to research that a bit.  Before I was able to get something to work I got hit with a pretty nasty chest cold of which I am just now starting to recover from.  It basically kept me down for a week.  Which of course added to the time of no posts here.  Life happens!

It’s good to hear an update.